This has been a long and difficult journey.
I feel I’ve ultimately found what I was searching for.
I found today.
I’ve found out that the greatest obstacle to my happiness, or contentness, has been the toxic relationship I’ve had with myself. The negative inner voice I’ve fed all of these years. And the way I’ve always lived in the past or worried about the future. I’ve learned to stop and look at the beauty around me that is always present.
I’d like to thank everyone for the huge spectrum of responses I’ve received to the question, “what is the key to happiness?”
Every single person I’ve discussed life with during this trip has offered me something both amazing and unique. No two answers were the same. And the wisdom I’ve slowly been collecting has also granted me something else, something that is also quite new to me:

I’ve found confidence in myself. I can hold my head up high when I look in the mirror. I am happy with the person I am today. I am excited about my future. I look forward to Phoenix. I am proud of myself for what I’ve accomplished here on this journey. I endured, time and time again, in the face of adversity. I soldiered on when the easier thing would have been to quit. I never chose the easy path. I never chose to settle for less than the full experience, for less than I deserved, and for less than I set out to do.
I didn’t cut my trip short and sell the bike when I got to Vancouver. I didn’t either when it seemed it was ready to quit in Montreal. I didn’t beeline it to the US border from Montreal to play it safe. I kept on towards Halifax. I did coast to coast Canada.
Fuck, it’s hard to believe it.
I did coast to coast Canada.

Writing this on 7/29/2015
I’m going to break this final entry up into two. First I’m going to go over all of the logistics since the last time I updated, and then I will make my final philosophical entry.

Before writing this entry, I decided to go back and read the rest of the blog up until now. Per the suggestion of one of my most avid readers, I’ve gone back and added the alternative links for all of the videos wherever I neglected to do so. I didn’t fix all of the grammatical mistakes I made along the way, so I hope you will excuse me for them.

It’s been an amazing adventure.

I left Cody’s place in Virginia on the 26th in the morning. I wired up the car battery so as to extend my riding range. It’s a rather funny looking setup, with all of the excess cable wrapped around the bent passenger peg.

I made my way to I95 and continued southbound. I contacted Sarge, and asked him if he felt it would be logistically expedient for me to stop by Gainesville on my way down. The idea being, I wanted to buy another motorcycle so I could ride something else to Phoenix (where I’m moving to after this trip.) He said it made sense.

The trip on the slab was without incident. It was evident I would not make it to Gainesville before nightfall, so I began to arrange for a place to sleep. I was really hoping to crash in Savannah, Georgia for the night. But the one ADV contact I messaged there said he could not put me up. There’s a huge deadzone in the tentspace map south of Savannah, so I ended up contacting someone else in Jacksonville, and got lucky to receive a text message back from Kevin in west Jax.
Kevin’s an almost retired military guy, and he and his wife are both harley riders. He’s never been the recipient of the ADV map hospitality, so I talked to them extensively about all of my very positive experiences.
Kevin talked about his aspirations of traveling around the country, and, as he put it, “finally getting to see what I’ve been defending these last 20 years.”
The next morning I got up fairly early and rode the last hour and a half to Gainesville. I hung out with some of my old roommates, and rode on the back of a GSXR with one of them to go fetch pizza.
I withdrew some cash, and arranged for Sarge, Ha-mes, and I to go look at a couple of Honda Rebels once Sarge got home from work, at about 6:30. I would have liked to have looked at some CRF250L’s as well, but they’re fairly rare in Florida. At the end of the day, I just want bulletproof reliability, and I’ve gotten that from a Rebel before.

We looked at one, a very clean 2008 one, that a girl who was a TA for me in college was selling. It’s quite pristine. The next one we looked at was a 2004 that was in very rough shape and needed quite a bit of work.
Given how close I’ve cut it on the calendar as far as my timetable for getting to Phoenix, the nicer one was the better option.
I called the girl back, and made a hardball offer. She accepted it.

You’ll never guess how much I paid for it… 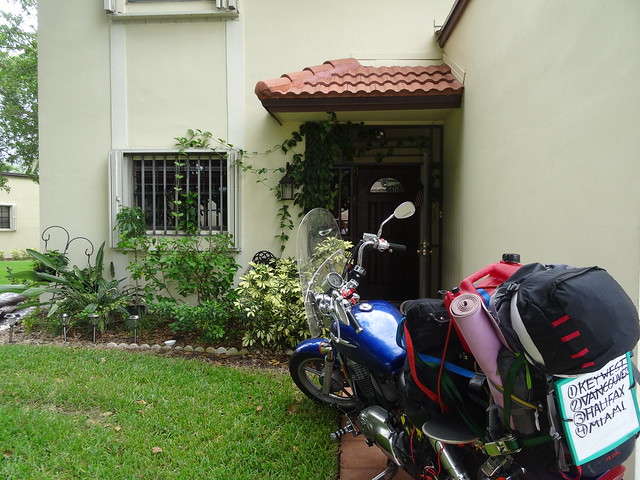 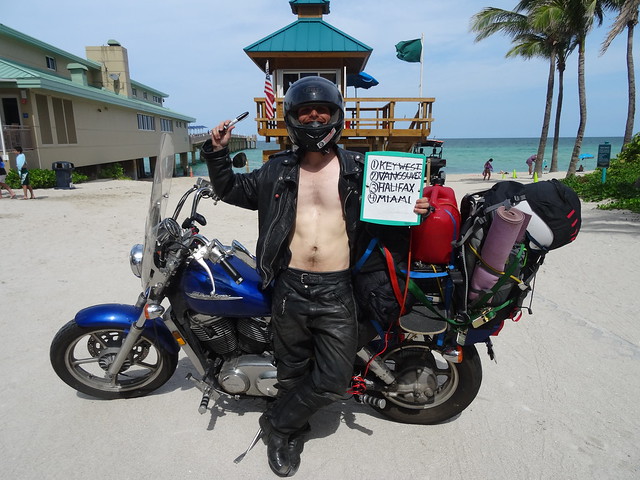 It feels like the shadow has been hemorrhaging this entire trip.

And I’ve just kept putting band-aids on her.

She never gave up.

And neither did I.

Alternative link if video does not work. 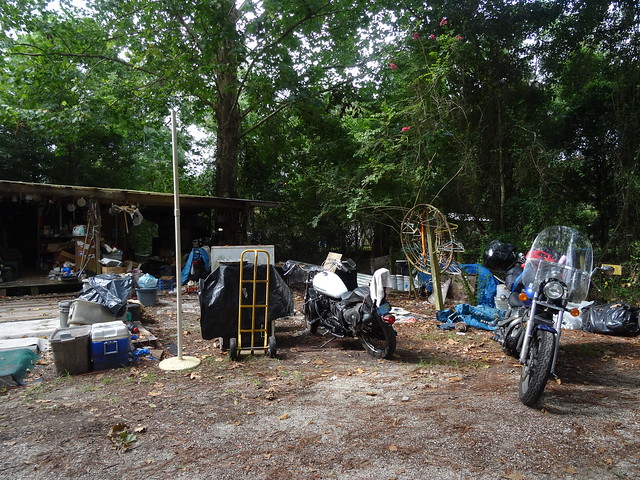 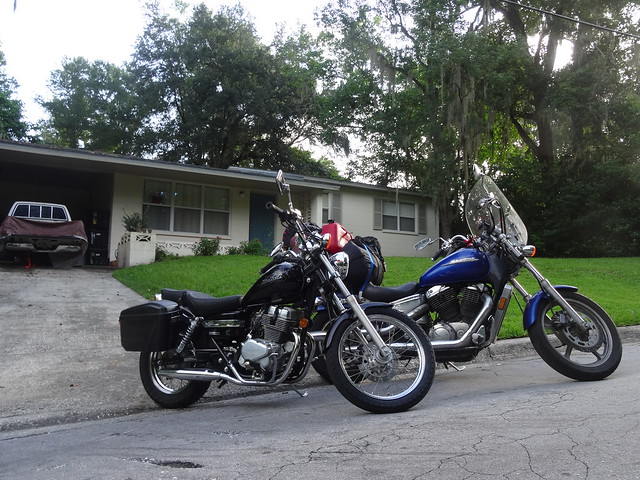 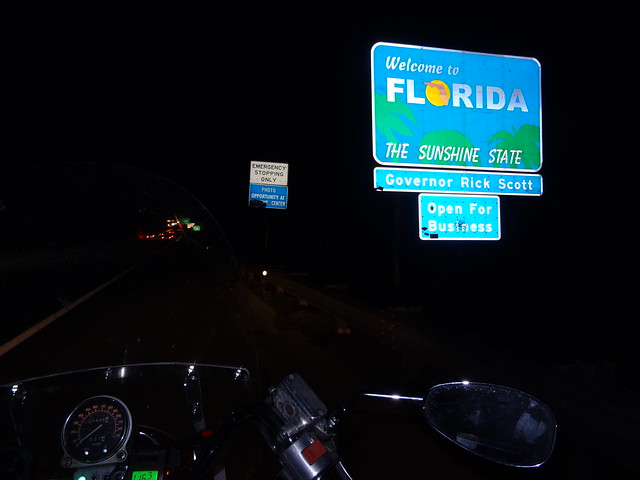 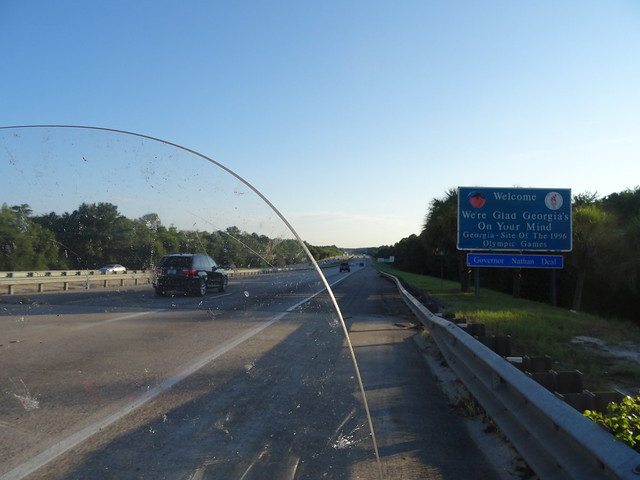 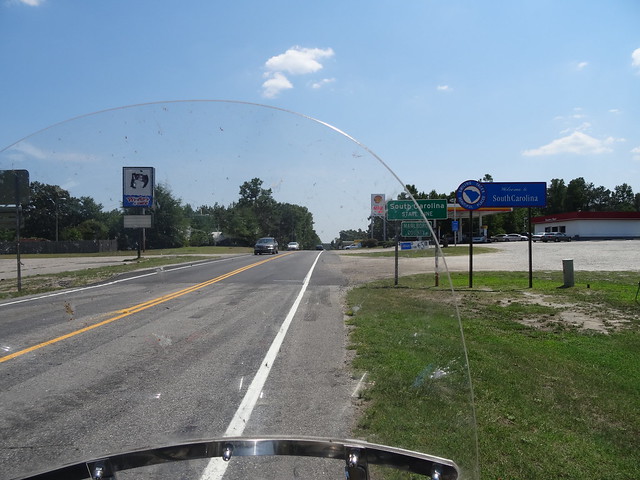